Twenty times last year a weather or climate disaster cost the US at least a billion dollars. These disasters also resulted in the deaths of at least 688 people, the most since 2017. The trend is not only for weather disasters to be more expensive, but more frequent;  even adjusted for inflation, 2021 was only the second time in three decades that as many as 20 weather disasters cost so much. The only other time there were more than 20 was… the year before, 2020, with 22 such costly weather disasters.

It’s getting worse, too, according to a report by the UN agency, the World Meteorological Organization, which notes that the number of weather-related disasters has quintupled in the past half-century. The most lethal of these have been droughts, storms, floods, and extreme temperatures. The latter is of special concern, because the same report says the increased rate of disasters is related to climate change. According to a February 2022 scientific report prepared for the United Nations, however, the world isn’t keeping pace, and reaction to climate change isn’t happening quickly enough to prevent it.

If there’s good news, it’s that there are fewer deaths because of better warning, which is something that those responsible for business continuity and disaster planning (BC/DR) can utilize. Looking for potential problems and planning for them can reduce problems for your organization and its people just as better meteorology has reduced the lethality of the world’s weather.

But weather can affect operations in surprising ways. BC/DR planners must take into account things like the ability of the company to maintain contact with its employees, customers, and suppliers. For instance, part of any plan for continuity is insurance. Right now, China is underinsured against disaster when compared with the rest of the world. Yet it’s a mammoth supplier of a variety of materials to the US; for instance, it supplies up to half of the components used in American electronics. Overall, China accounts for 42% of imports to the US. If a Chinese supplier doesn’t have insurance and is wiped out by a weather disaster such as the flooding in the Henan province in 2021 that killed 302 and cost $16.5 billion (only 10% of which was insured), its American customers may suddenly have no source for a key component.

Now, multiply that problem by all of the other concerns weather can affect. Severe weather can keep employees away from your facility or impede their ability to support organizational efforts from home because of loss of power, interrupted communications, or their own personal emergencies such as damage to their homes or property. Roads made inaccessible as a result of fire, floods, snow, or ice can keep vendors from delivering key materials — or prevent you from shipping them in order to arrive when they are required. Your own facility may be damaged as a result of heavy snowfall, the full range of wind-related storms, landslides, or earthquakes. Air travel may be affected by volcanic activity, severe storms, or even tsunami.

FEMA Can’t Save You Alone

Established in 1979, FEMA describes its mission as “helping people before, during and after disasters.” However, it famously seemed slow to respond after the 2005 Katrina disaster, and has often been criticized for being late in disasters since. Indeed, the agency itself noted in 2018 that a quarter of businesses did not reopen following a disaster.

The relevant thinking may then date as far back as the Greek dramatist Euripides, and has been quoted many times in many ways since: Help comes to those who help themselves. At some point after a disaster, FEMA will be where you are, and it will make some money available to you. But the more time-critical your business operations may be, the less convenient FEMA’s response may be.

So, organization: help thyself first. No one is coming to save you in the critical days immediately after an event.

Taking Control of Your Operational Resilience

The first, most important thing you need to do now to prepare your organization for weather disasters is to fully commit to operational resilience for your company.  This means the entire operation — up and down the organization chart, whether directly or indirectly involved.

For starters, the commitment needs to be made at the board level. Those serving on a company’s board must understand that withstanding a weather disaster can mean the difference between continued operation or unrecoverable damage. Once so pledged, the board must make the ability of the organization to overcome a weather disaster one of the critical ways it will judge the success of the chief executive officer (CEO) it installs.

With that direction from the board, the CEO must staff the organization properly to handle the challenge of implementing an organization-wide operational resilience program. The most powerful statement could be to create a chief resilience officer, whose role would be to build the plan for the CEO to present to the board for approval. In other organizations, a director of business continuity and disaster recovery needing only the approval of the CEO may be sufficient. Too often, however, a company doesn’t have such an officer, or puts the bulk of the planning on the back of the chief information officer or other high-ranking IT staff professional and in some cases, Human Resources. The company might also benefit from joining professional organizations, where they can be exposed to the latest ideas and techniques being used.

Planning for weather disaster is not limited to your facilities during business hours. Storms, hurricanes, and volcanic eruptions don’t punch a clock, and not every part of your business is conducted on your premises.

When your chief resilience officer or director of BC/DR begins their work, it should be to research and complete a business impact analysis (BIA). It should include assessments of the company’s many departments, an evaluation of how critical their processes are during normal operations, which employees would be needed and where, procedures for working around problems, the length of time it would take to recover from an event, what legal requirements might exist, and expected changes in the coming year in any of the above.

Beyond internally planning, you also need to account for key vendors and suppliers that you utilize. Everything you’re doing for your operation needs to be done for your vendors, especially the critical ones. The supply chain problems the US has had since the pandemic are a glaring example of the issue. Trouble making, delivering, and processing semiconductors and other chips from suppliers in Asia has affected not just tech companies, but the automotive industry. Bakeries are having difficulty sourcing and obtaining chocolate chips. Even headstone makers have been challenged. Your business has its own specific vendors, and you rely on them to be able to deliver certain materials at certain times. Even if they aren’t somewhere where severe weather has affected their ability to deliver what you need, one of their vendors might be. Knowing what your chain of suppliers looks like and what can interrupt them is critical, even if it’s to a large degree out of your hands.

Similarly, a business relies on its employees. You should make sure you know which employees can reach the facility if they need to. If your facility has power, but your employees can’t leave or work from their homes because they don’t or because roads are impassable, that affects your business. Enlisting your employees in making your company resilient includes giving them the tools and incentive to make themselves resilient, maybe by buying a generator or a four-wheel-drive vehicle for winter weather. Doing that will pay off for everyone involved.

You may also wish to devote some time to lobbying the government to improve its ability to respond to weather. It may be as simple as persuading your local government to buy snowplows where traditionally not needed, but where weather shuts the roads down when snow happens.

Planning is the only consistently reliable way to overcome the challenges weather may bring. Infinite Blue’s tools BC in the Cloud and Sendigo have been developed to simplify planning and response for weather disasters.

The BC in the Cloud drag-and-drop interface will let you simulate a full range of alternatives and enable managers to act ahead of weather disruptions. The alternatives you test may be as simple as directing employees to have a “go bag” to take home when severe weather is forecasted to developing backup facilities where employees can report if the main facility is damaged.

Among the things you’ll need to consider are how to keep your operation functioning. Build out the alternatives. These will be based on the severity of the weather emergency and how they will affect your facilities, access via public and private transportation, and reliability of your key utilities (power, communications, and environmental). If the emergency happens while you’re at your facility, will you need to evacuate? In some areas, evacuations are mandated by government, and your employees may be directed to relocate hundreds of miles away, but have a day or two to do so. In other areas, earthquakes may happen suddenly. You and your workers will have no time to react and will need to rely on previously thought-out plans for both personal safety and recovery.

You’ll have to develop your plan based on your industry. Using BC in the Cloud’s integrated solution, enables organizations to plan, prepare, test, manage, and notify teams how to respond to any potential business disruption with minimal training for administrators and end users, while Infinite Blue’s Sendigo solution will make it possible to notify all stakeholders — inside the company and external — when an emergency happens and how they will be expected to react to it.

From a corporate perspective, it’s going to be essential to ensure cash flows into the business, whether from a reserve fund, continued operations despite the weather, or insurance. Task your IT department to develop a plan that ensures the data center is hardened or has a backup in a remote location. Know how all of your vendors and suppliers will perform in the event of a problem, and prioritize their importance to your continued operations (it’s probably more important that you can receive a shipment of key components such as metal for a cookware company or wire for a home electronics manufacturer than team-building t-shirts). One key item for disaster recovery is insurance that will cover losses due to weather or even downtime.

Plans should also be rehearsed and ready to go, giving everyone involved during stressful times as little to decide in the moment.

Don’t forget that multiple bad things can happen at once. Quite often severe weather comes partnered with floods, but there’s no law of nature that says the seismic fault near your facility will hold until later if you get 20 inches of snow and the roads are impassable and you lose your power. Do not be swamped by a perfect storm.

Thinking you’ll solve the problems of icy roads or earthquake-collapsed bridges that prevent a key item from reaching your facility on the fly is compounding a natural disaster, even before man-made climate change the Earth supplied us with a challenging variety of weather that destroyed towns, roads, equipment, and took people’s lives. There is no reason to expect things to improve, and the road to hell is paved with good intentions. A hard rain is gonna fall. There will be bolts from the blue, and there are better ports in a storm than any random one. Planning is the best chance to overcome these challenges. Just do it. 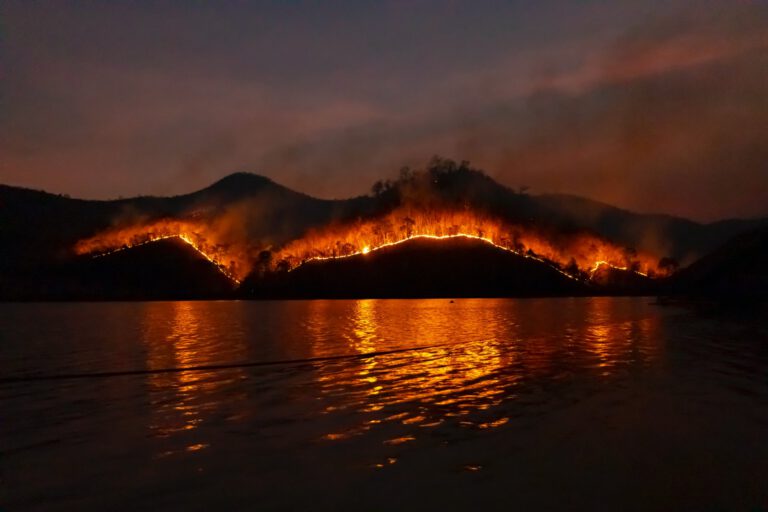 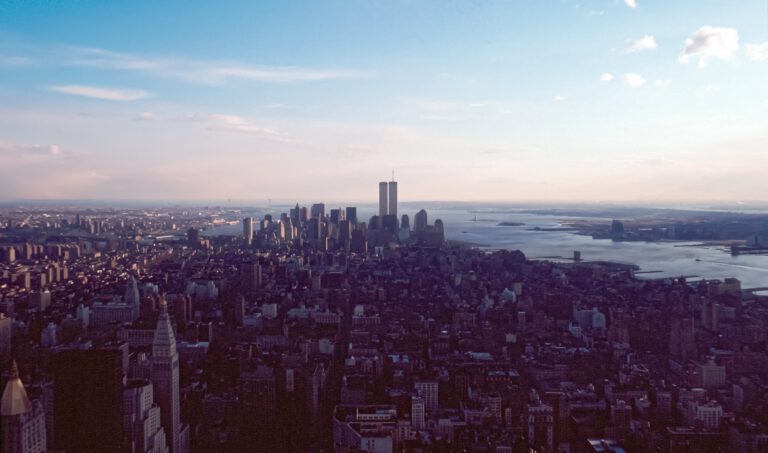